Could you be a star seed. If so, what kind?

Could you be a star seed?
If you are one, which type could you be?

A star seed is an individual that believes that they’ve had a past life on a planet in another star system far away from the Milky Way.

IF WE WERE MEANT TO STAY IN ONE PLACE, WE WOULD HAVE ROOTS INSTEAD OF FEET!

An Online course for Homesick Starseeds 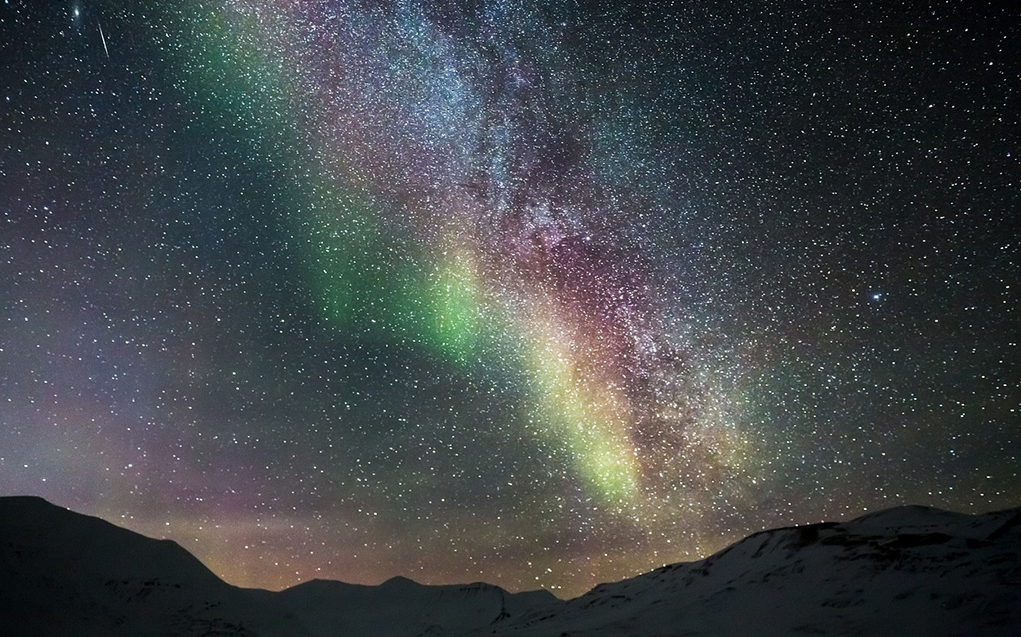 Starseeds face real challenges here on planet Earth. This course forms a unique toolkit for any Starseeds who feel they are not yet thriving on this Blue Green rock.

Are you a Star seed?

If you asked me if you could possibly be a star seed, that’s often an indication that you may well be one!

You may even have a sense that you are a star seed on some level – but what you need is to learn a bit more about the different types of star seeds so you can make the connection and join the dots.

In this piece, I share some of the characteristics associated with star seeds from the main other star systems. That way you can find out if there could be a match.

If you start to get an idea that you are associated with a particular star system, and you’d like to find out more, then you might like to invest in a soul chart reading of some description, there are experts that specialise in this kind of charting.

Search Google for ‘star seed chart reading’ and then see which ones suit you.

You may want to bookmark this page, so that you can always come back to it. You should also get a piece of paper and a pen, so you can make notes on the names of the star seeds and which one you feel you match up to. That way, you can go back to your notes later or find out more about star seeds like you when the time suits you.

Pay close attention to the traits, those star seed characteristics I am about to share and then see what feels like an intuitive fit with you on some level. Here they are:

The one thing that is relevant to all star seed types is that you will feel like you are a long way from home! Like you’ve always known it. There is part of you that is forever disconnected from Planet Earth. That’s the first marker; you know on some level that although you are ON this Planet and you are not from it! 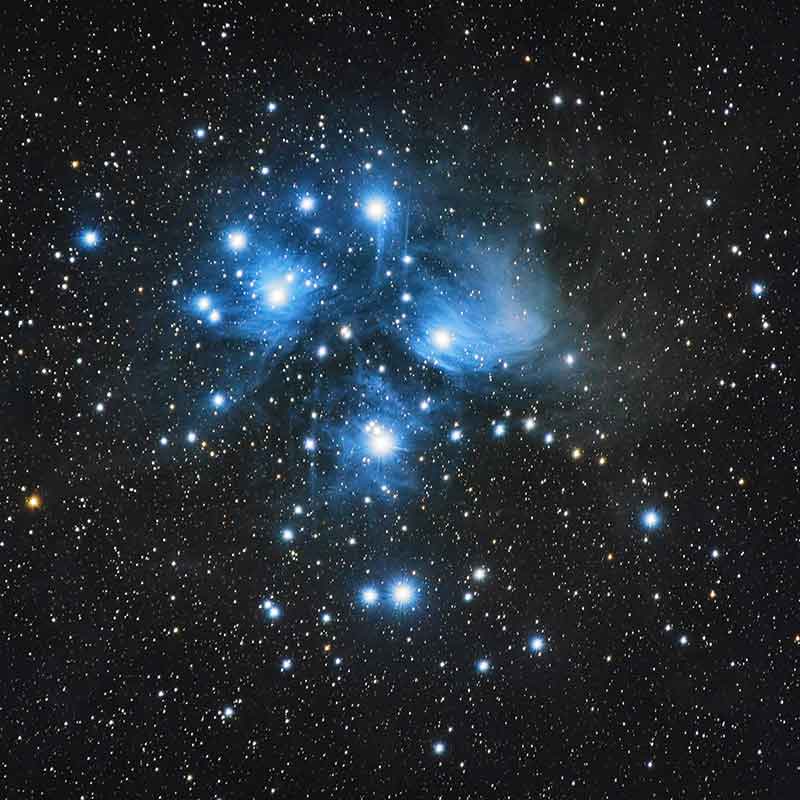 Pleiadians have a natural balance in how they approach life; everything is on a spectrum to them…nothing is opposing, nothing is black and white.

Community and unity is your theme if you are Pleiadian. Pleiadians have mastered the art of living in balance, with a balanced mind and a balanced heart too.

They represent the masculine and the feminine energy in balance. Even their body shape is balanced, it’s more androgenous looking, neither overtly masculine or feminine in their physical appearance, so there is no definable gender shape to their bodies which are often slim, tall and they often have defined high cheekbones, well-defined jawlines, hooded eyelids, long willowy limbs.

The Pleiadian Mission is to assist with human spiritual evolution. They help humans to love openheartedly and through spiritual connection and sharing knowledge for the common good of everyone. They are often humanitarian, and they can be found challenging the established social norms. They love to share. They make great parents; they are nurturing and healing.

Spiritually, Pleiadians are really sensitive; they are intuitive and empathic. Pleiadian star seeds are creative and imaginative; they are mystical and nature-loving.

Sirius is one of the four races of beings that are said to have taken a primary role in the original seeding of life on Earth.

It’s interesting that Sirius is a star system where the appearance of the inhabitants is quite different. … there are feline-like beings, blue-skinned beings, elemental beings and lion beings that have wings.

Sirian star seeds tend to have fantastical and mystical traits.  Is this you? Wizards, witches, shamans, healers, priest and priestesses and other types of mystics suggest links to Siria, and it’s star system.

Sirians work with nature and animals, including mythical creatures like unicorns, winged horses and griffins. They love to protect nature and believe that the natural world around us have rights as much as the humans do. Don’t try and fit a Sirian Star seed into any particular stereotype. They don’t conform and don’t like labels. They express themselves in any way that they feel is true to who they are.

Your common traits include loving fantasy books, fantasy games and fantasy movies – probably because they remind you of home!

You have strong intuition and an active imagination.  You have an affinity to energy work or more magical practices.

Sirian star seeds do have trust issues though so they prefer to be in small, close-knit groups.

If you’re a Sirian Star seed, you may be feeling there is an urgency to arrive at the next phase in your spiritual evolution 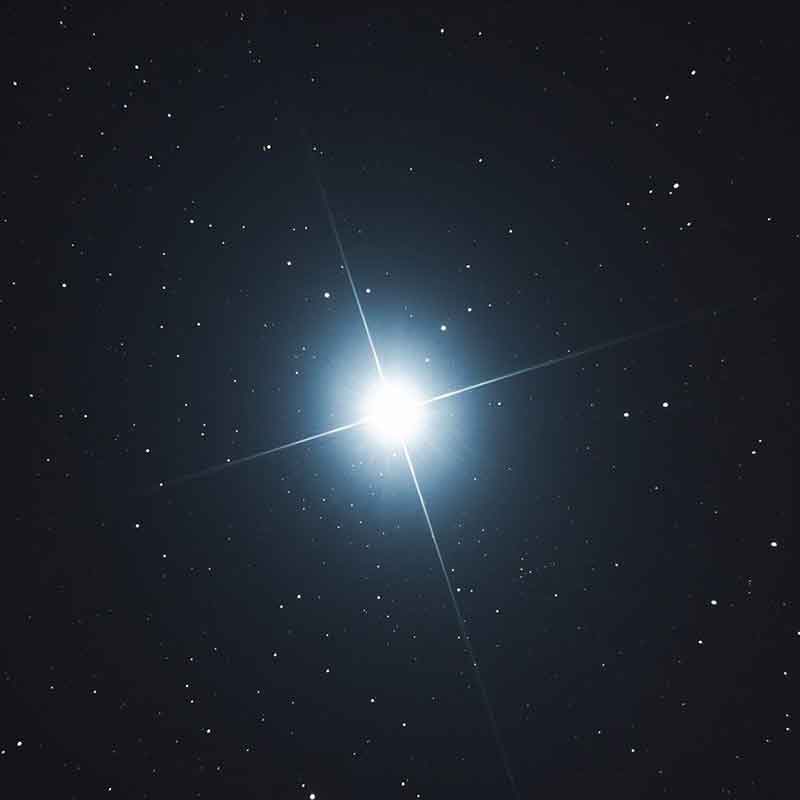 Arcturia is a very old star system and Arcturians, therefore, are considered to be old souls too 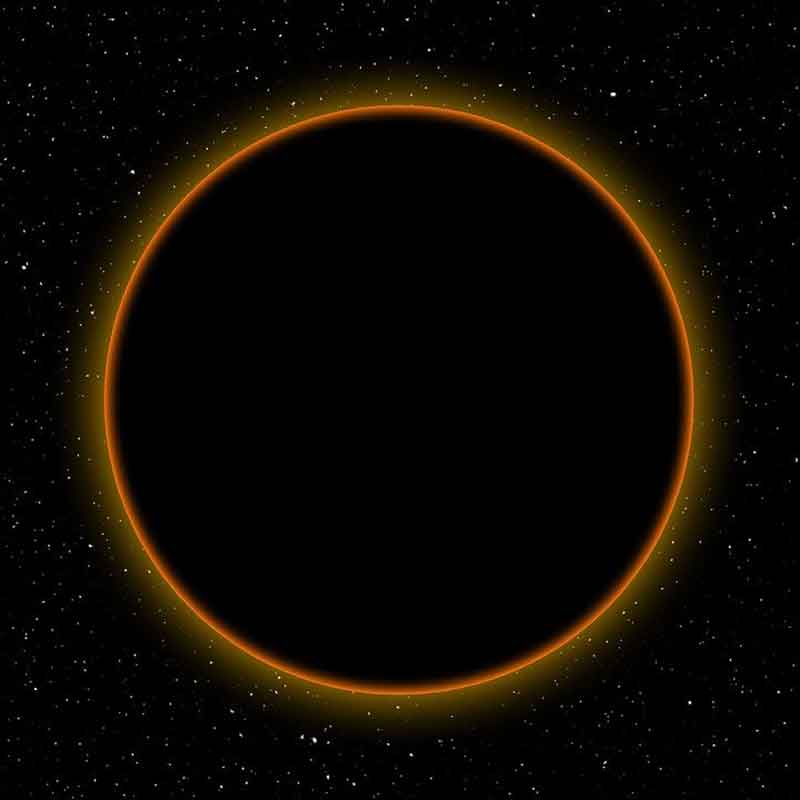 Arcturia is a very old star system and Arcturians, therefore, are considered to be old souls too.  The Arcturians embody wisdom, knowledge and teaching. They enjoy passing on their information and lessons.

Arcurian starsseeds are drawn to the Ley lines, sacred geometry, advanced technology, science, mathematics, and physics. They love to plan, to organise and to build. They have strong opinions, strong memories and they like to ask and explore the deep, philosophical questions.

If you have an eye on the importance of a fair future for everyone, then you could be an Arcurian star seed.

Lyrans are said to be the root race of all humanoid races in our galaxy.  The Lyrans contributed a lot of knowledge to Atlantis and Lemuria regarding the use of physical energy. During the creation of humanity, the Lyrans contributed the element of Fire to Earth and gifted humanity with Lyran work ethic.

The Orion constellation is home to several different types of beings, all with similar overall characteristics.  Orion star seeds have agreed to help those on Earth with their spiritual evolution.

Orion star seeds have an insatiable desire to learn things, they analyse, they dissect, they form opinions, and they stick with those opinions. They know a lot about a lot, and if you can manage to prove something to an Orion star seed they will champion your point of view!

Orion star seeds are competitive rather than communal, they can speak abruptly and directly, they strive for perfection, they expect perfection from others. They are self-disciplined and understand the importance of discipline in achieving success. 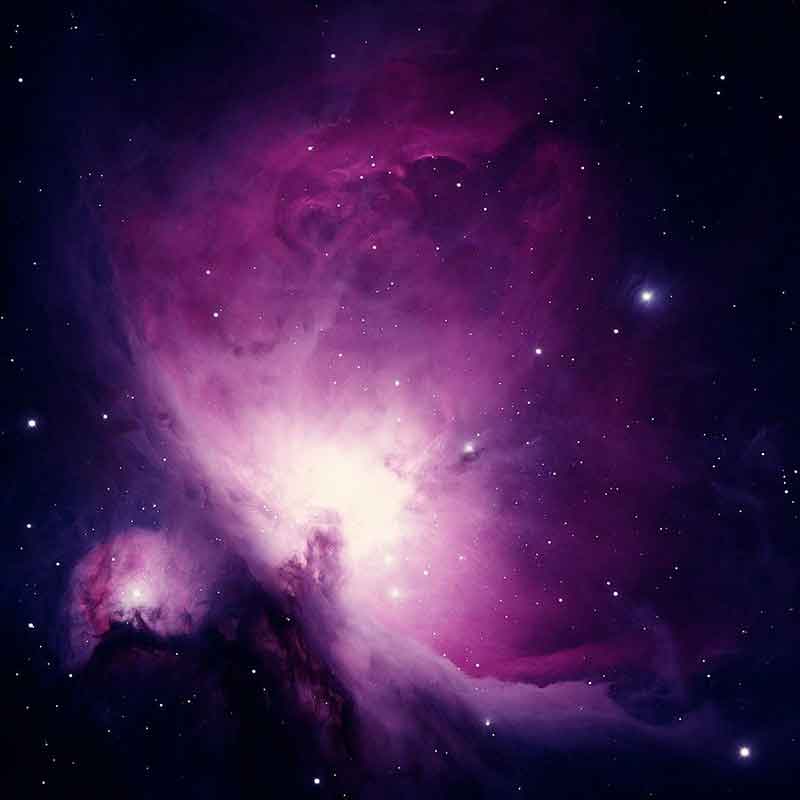 Andromedan star seeds can be summed up in a single simple sentence “All that wander are not lost.”

The Andromeda Galaxy is the nearest galaxy to our own galaxy which we call The Milky Way.

Andromedan’s are the explorers and wanderers; they are the freedom seekers and the nomads. They don’t mind how they wander, by air, by land, by sea. They follow their spiritual pathway first and obligations second. Life off-grid?

To them, time is an illusion; however, they will arrive in time …but it will be as near to any time that suits them! 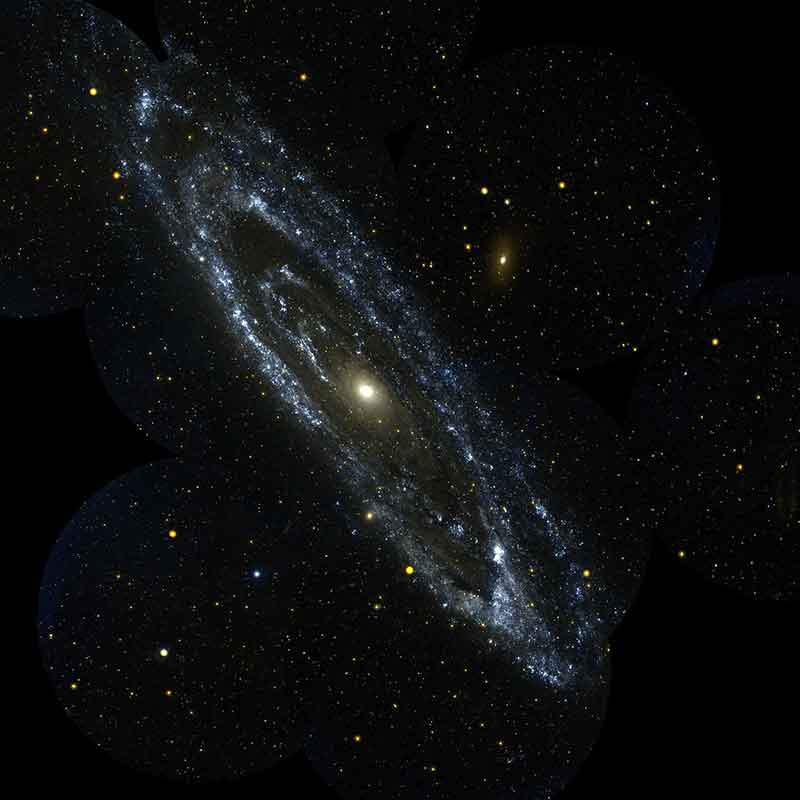 So, those are the 6 different types of star seeds I know of.

What do you think about the different characteristics of the star seeds, and which one are you?
Are you one of the Pleiadians, the Sirians, the Arcturians, the Lyrans, the Orions or the Andromedans? 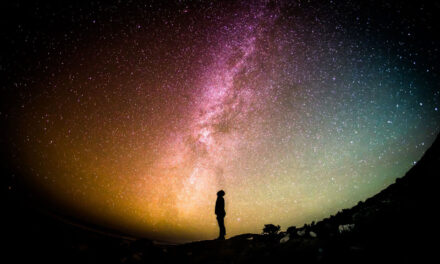 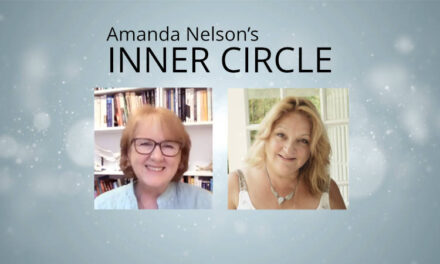 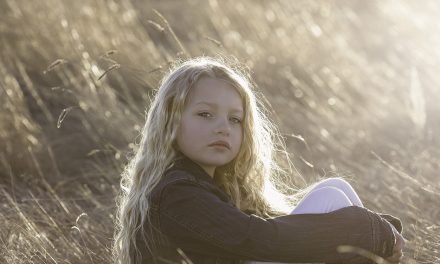 My child hears voices and talks to invisible people

This site uses Akismet to reduce spam. Learn how your comment data is processed.

We use cookies on our website to give you the most relevant experience by remembering your preferences and repeat visits. By clicking “Accept”, you consent to the use of ALL the cookies.
Cookie settingsACCEPT
Manage consent

This website uses cookies to improve your experience while you navigate through the website. Out of these, the cookies that are categorized as necessary are stored on your browser as they are essential for the working of basic functionalities of the website. We also use third-party cookies that help us analyze and understand how you use this website. These cookies will be stored in your browser only with your consent. You also have the option to opt-out of these cookies. But opting out of some of these cookies may affect your browsing experience.
Necessary Always Enabled
Necessary cookies are absolutely essential for the website to function properly. These cookies ensure basic functionalities and security features of the website, anonymously.
Functional
Functional cookies help to perform certain functionalities like sharing the content of the website on social media platforms, collect feedbacks, and other third-party features.
Performance
Performance cookies are used to understand and analyze the key performance indexes of the website which helps in delivering a better user experience for the visitors.
Analytics
Analytical cookies are used to understand how visitors interact with the website. These cookies help provide information on metrics the number of visitors, bounce rate, traffic source, etc.
Advertisement
Advertisement cookies are used to provide visitors with relevant ads and marketing campaigns. These cookies track visitors across websites and collect information to provide customized ads.
Others
Other uncategorized cookies are those that are being analyzed and have not been classified into a category as yet.
SAVE & ACCEPT